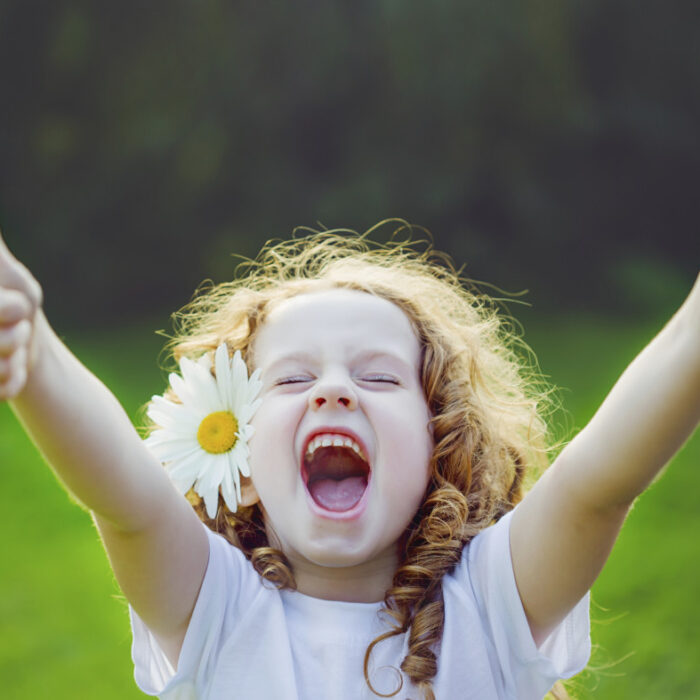 This weeks training consisted of two days, our first day focused on EYFS and the second focused on phonics.

As a Key Stage 2 trainee I wasn’t quite sure what to expect of the EYFS training. The idea of entering an EYFS class seemed both exciting and terrifying at the same time!

I had imagined a class full of 4 and 5 year olds might be slightly intimidated by 30 plus adults invading their classroom. This was not the case, within minutes of arriving the children had roped us all in to helping them get their class iPads back from the Big Bad Wolf who had taken them. The children had us helping them with all manner of tasks to help capture the wolf when he returned. A few of these included creating a shop that sold bananas, tomatoes, pens and hair to tempt in the wolf, building a fire and cauldron to make a wolf stew with children collecting buckets of water from the waterfall (yes they have an actual waterfall!). Some of the children had us hiding in a hut wrapped round entirely in sticky tape, presumably to entrap the wolf when he came to blow it down. One girl spent ages with a box which she proceeded to cut arms holes in, place over her head and turn herself into a microwave for cooking the wolf into sausages with (her sound effects were particularly amusing). TS2 – Encourage pupils to take a responsible and conscientious attitude to their own work and study. All of the these child initiated tasks had come from the incredibly effective use of a ‘hook’ which the teachers had set up at the beginning of the day, the children had received a letter from the wolf. TS4 – promote a love of learning and children’s intellectual curiosity. I was impressed at how even with the freedom granted the children were still all focussed on task involving the wolf, none had for example decided to play star wars or run around aimlessly. I recognised afterwards how a number a adult led and adult initiated tasks in the morning, collecting certain shapes for the wolf, building pig houses etc had all help motivate the children as well as encouraging the children to participate in activities that progressed the learning forwards. TS2 – knowledge and understanding if how pupils learn and how this impacts on teaching.TS4 – reflect systematically on the effectiveness of lessons and approaches to teaching.

The experience was meant to be for us to observe the children’s learning but it was impossible not to get stuck into the learning with them, their creativity and enthusiasm for catching the wolf was infectious. As well as enjoying myself a great deal I also learnt a great deal too. I saw and began to understand how activities and teaching in EYFS is focused on allowing every child to have the best possible start by not only looking at traditional curriculum areas Maths, Literacy, Art and Science but also heavily focused on a child’s more primary skills of communication and language, physical development and personal, social and emotional development. It was interesting to see and begin to understand the differences and similarities in the EYFS curriculum and Early Learning Goals and the KS1/2 National curriculum. TS3 – Have a secure knowledge of relevant curriculum areas. These are important areas for all of us to consider however far along the educational journey we are but where this EYFS practise stood out was how they used learning through play to make the most effective use of child initiated learning and took on every opportunity of a child’s natural curiosity and playfulness to move their learning forward. It was truly awesome to see!

As expected the second day on Phonics was just as interesting a day full of goats in boats, snails in the rain, nice smiles and maybe even a celebration in foundation. We had been given the heads up that we were going to be teaching some phonics ourselves. I’m not sure if the children were meant to be learning more from us or whether we were meant to be learning more from them, but it was most certainly the latter.

The day began with a whistle stop tour of phonics but it was enough to gain an understanding of what phonics is, and how the english language is made up of 44 sounds and 150 ways of making those sounds, the alphabetic code. We also saw how phonics works by breaking up ‘segmenting’ these sounds down so that children learn to recognise them individually before ‘blending’ them together as a recognised word. Unless of course the word is a tricky ‘red’ word that can’t be phonetically read a so must be sight read. TS3 demonstrate a clear understanding of systematic synthetic phonics. We were also provided lots of opportunities during the day to observe phonics being taught. It was very clearly evident how there was a very clear structure to the effective teaching and learning of phonics. Recap previous taught sounds. Teach new sound. Practise sound, using a range of strategies; blending, segmenting, playing corresponding games and tasks. Applying taught sound to reading and writing.TS2 – knowledge and understanding if how pupils learn and how this impacts on teaching.TS4 – impart knowledge and develop understanding through effective use of lesson time. A strategy that stood out for me, partly because as someone who has been familiar with phonics it was something I had neither seen or thought about before, was the use of rhymes and actions added to the teaching a common red words. This was clearly a really good way of get children to remember the red words which are by the own name far tricker to learn and read than the phonetically spelt words. Taking the approach of using rhymes and actions worked in the same way that it does for the individual sounds, it is something I will be taking back into my own practise of phonics teaching. TS4 – reflect systematically on the effectiveness of lessons and approaches to teaching.

In my own practise I will think more about opportunities to use adult and child initiated tasks, opposed to adult led ones. I appreciated that child initiated task are harder to construct higher up the Key Stages but I have seen its effectiveness when taken advantage of and used in ways that push learning forward. It would be great to see this type of learning happening in older pupils also.